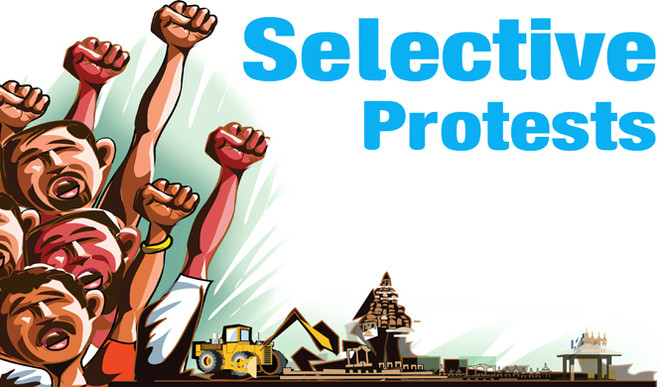 As I usually mention, I’m not a particularly political person. To be honest, I can’t personally stand many of them, no matter which party or affiliation they hold. I find many of them to be self-serving. Not to say that there aren’t good people out there fighting for good. They exist, but far and few between. So, when it comes to the players in the news, I am not referring to them.

Where my focus lies with my current thoughts is the selectivity of the protests that I’ve seen. While the news is biased, negative and determined to drive us to a preconceived notion, I’ve had a lot of time to think about this and try to come to my own conclusions.

The Civil War was a terrible time in history. Our society was living in a time of great cruelty and the war was fought to put an end to a horrible scourge in our country.

I wasn’t alive back then, nor was I around when memorials were erected to recognize those who fought, lost their lives, or in some cases, were major players in the events on both sides. War is revolting, distasteful and horrifying from many angles. However, I do not understand the point of pulling down the monuments.

You can’t have it both ways. By pulling down a Civil War memorial, your selective anger doesn’t address any issue in particular. What about those members of our society who were treated disgustingly by our government and placed into Japanese Internment Camps during WWII? How would our society react if all of a sudden, those who felt a terrible injustice (and rightly so) at having their homes, businesses, livelihoods and freedoms taken away from them for committing NO crime, for just being a certain race, they decided to deface WWII monuments and attack those who supported it?

I believe we’d have another Civil War is what I think.

Do you recall the stories of how terribly returning Vietnam War veterans were treated after the war? I wasn’t old enough, but I’ve read enough to see the photos of their neglect, being spat on, called all sorts of horrid names…you get the idea. Imagine today, returning soldiers in an airport being called names and spat on, things thrown at them, their being called murderers. You can’t imagine it can you? Society has changed and we “now” appreciate our service members.

What changed? I have family members who served in the Korean War, the Vietnam War and I know countless others who have served our country in many capacities over the years. YOU CAN’T HAVE IT BOTH WAYS.

When we say we “hate” everything about the Civil War and ALL memorials, monuments, statues etc have to be removed, we are opening ourselves up to a total open season on protesting everything. There are so many protests these days, that some days, the first responders don’t know who is protesting what, who is on what side; they are just trying to prevent people from killing each other over the issue of the day. Protesting something that you hate by pretending to love something else doesn’t work. They are still two negatives no matter how you look at it.

I have no freaking clue what the solution is. I’ve tried to avoid most of it to be honest. However, people are DYING because of this and I’m trying really hard to understand it and I don’t. I don’t know if I ever will. I don’t want to sound like there is nothing that I believe in and that I don’t believe that ideals and issues aren’t fighting for, but I certainly don’t think that what society is doing is working ON ANY LEVEL. For those reasons, I chose the title of this article. I’ll bet you for every conflict, race, religion, gender, decade, etc, you’ll find people who were revolted by the things that happened. Slavery, segregation, oppression of women, the treatment of the LGBT community, political issues…all major issues with dozens of different viewpoints, outcomes and many of those issues are still going on in major ways.

George Takei’s take on his family’s experience during the Internment was turned into a major Broadway show. He channeled his story, his experience, and perhaps other emotions I am certainly not privy to into the creation of his production, but it was a way to say, “This happened and it never should again”. He did it without anyone dying, or anyone getting hurt. He chose to do something. Not everyone has the resources, fame or other connections to “protest” in that way, but it got the message across non-violently.

There has to be another way…I just wish someone knew where to look.