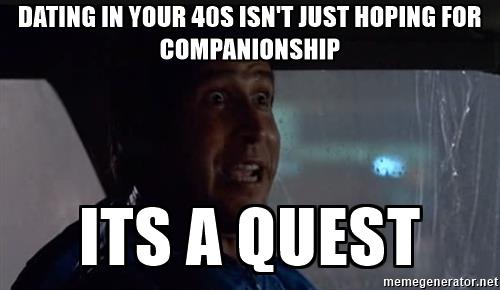 While I am in the process of writing a book, THAT is fiction. However, the online dating that I “participate” in is far from fiction. As a widow, I certainly never thought that almost seven years ago that I would find myself on my own and eventually seeking out companionship.

However, for some people like myself, finding someone who can be a good friend, partner and companion seems like an easy thing right? WRONG. Not only do you have to realize your own shortcomings, desirable qualities and lifestyle, you have to become a detective.

The first mistake I made when entering the arena was that I wasn’t wearing any armor and I had no weapon. I wandered in, finding myself surrounded by wolves in sheep’s clothing.

Finding myself inundated with many messages, my thought process registered it as a friendly place with lots of interested people. Oh how wrong I would be. As I’ve written about before, the people you meet fall into several categories: The Player, The Liar, The Seeker of Perfection, and The One you Settle For.

When you emerge from deep trauma that I did, what I was missing was a social backbone. Still severely damaged from years of spousal abuse, struggling to care for two younger children with autism and still maintain a semblance of a normal life was something I didn’t think through. I was doing “Okay” from a broad perspective, but the damage I experienced left me vulnerable and basically, prey in the dating world.

One of the things that I did at first, in order to protect myself from men who were anything like my late husband, was to seek out the submissive guy. Perhaps he was younger, or in a different part of life. At the time, what I saw as “safe” was basically a realization later on that I became the mother figure. I had the things they did not: A stable home, a stable income, and a willingness to put up with bullshit that no one else would.

You see, I was still not ready. Sure, I was lonely and looking for companionship, but I was nowhere near ready for a relationship. The online dater is very vulnerable in this situation.

One caveat of online dating is that you can’t see the forest for the trees. Logging in and receiving 48 new messages sends an illusion of popularity, of being desired, of feeling wanted. In reality, what you have is, in all likelihood, 30 messages from people looking for sex/one night stands, 12 messages from people who are separated and have no freaking clue what they want, and maybe, if you’re very lucky, 6 messages from nice people who just want to chat. Out of those 6, perhaps one or two will be your “type” and spark your interest.

I’ve spoken to many individuals who have experienced the same thing, or report the same thing that I say as a female on an online dating site. The statistics are what they are. If I receive a message from a 56-year-old man who is just “looking to date” and sends, “Hey, you’re pretty.”, there isn’t going to be a reply. In fact, you’re going to get blocked.

I am very specific and state that I’m not looking for any of that. Send me that when your profile states you’re just looking to “hang out” and “nothing serious” and that’s the last message I’ll see from you. It reeks of desperation (some say online dating does, but I’ll get to that in a minute) and won’t fly with me.

Online dating has quite the bad reputation. It’s a “meat market”, a “sex personals” or a myriad of other descriptions. However, for a widowed mom like myself, who works from home no less, there aren’t a lot of opportunities for me to meet people. Yes, people have suggested that I “join a group”, but seriously, I don’t think so. I’m very friendly and sociable, but I’m not going to join random groups to meet a guy.

I rarely drink and things like local concerts at wine festivals sound like a great time, but showing up alone seems weird and awkward. So, I turned to online dating because I wanted to be able to meet someone in private, on my time.

Going out on a first date usually happens after a ridiculous amount of messages back and forth and several telephone calls. The date itself is a nerve-wracking nightmare of stress and anxiety (well at least for me lol). Usually, about a half an hour into the date, I can tell where things are going.

When it’s not a match, it’s just not a match, whether it’s him or me. I don’t take it personally, like I’m unattractive or too curvy, or whatever is going through his head. It just didn’t gel for him and that’s okay. The same has happened to me.

In many cases, for me, the main reason is that they misrepresented themselves. If you put up a photo from seven years ago, I’M GOING TO NOTICE. You can tell that in my face I’m sure. My pictures are always no older than two months. I always put in a few close-ups, as well as a full body shot. I date the photos accurately.

When a guy walks in and he weighs seventy plus pounds more than his photo and the black hair from the photo is all gray, we have a problem.

It’s not that I wouldn’t have been interested if they’d been honest, but it’s the fact that they’ve already lied to me. Huge problem. Anyway, that’s what happens for me on my end. Usually, these people “ghost” you, and you never hear from them again. Works for me. In other cases, I don’t know why they bothered in the first place. They are too busy and never have time, yet they think they can add a relationship to their chaotic lives.

Very rarely, there is a second date and sometimes beyond. I had that happen recently and it surprised me. However, it wasn’t to be, because the person was going through a divorce and although there was no hope of reconciliation, he was extremely far from being ready for a relationship.

I think they were where I was all those years ago, wanting the companionship, but having no idea what to look for or how to go about it. Maybe one day they’ll find someone, but that someone won’t be me.

In the end, as I continue my foray into this crazy mosh pit of uncertainty, I’d like to think I grow a little bit each time. I become a little more realistic, a touch more mature and patient. There isn’t a rule book (as if there ever are for things we actually need them for) and you have to go with your gut, which is often wrong.

So, if you can get away with having a successful first date, awkward or not, at least you’re moving in the right direction. Just like finding a best friend, finding a partner shouldn’t be easy. What’s that saying about having to kiss a lot of frogs before….?