There’s a lot of talk about bullying in the news. I pay attention because my children were bullied, my daughter IS bullied and I was bullied in school and in my neighborhood. Children take their lives and families are destroyed. Recently, however, mocking others and the culture of bullying has taken on a strange, new angle. Adults are now using the ease of memes to perpetuate and shame others based on their lives. They’ll talk about how important it is to “never bully or shame”, yet they are doing it, sometimes almost daily. They do not apologize for it and continue to do it on a daily basis.

I have tried on several occasions to confront these individuals for their behavior, to express my opinion. In response, I am bullied even further, by being told that I’m “butt hurt” or a “liberal whiner” or some other weird insult. In response, I recently decided to either unfriend or unfollow these individuals, finding it best to not respond at all. Somewhere in my thinking is the teachings I learned over the years to “not pay attention to bullies and they’ll go away”.  Well, they don’t go away anymore, so I have choices to make.

There are several topics that I notice in abundance that bully others and the posters of this garbage do not care one bit about who they offend. If they did, they wouldn’t post it. They are most certainly entitled to their opinion, but it’s up to the recipient/viewer to decide the quality of people they want in their lives. For example: 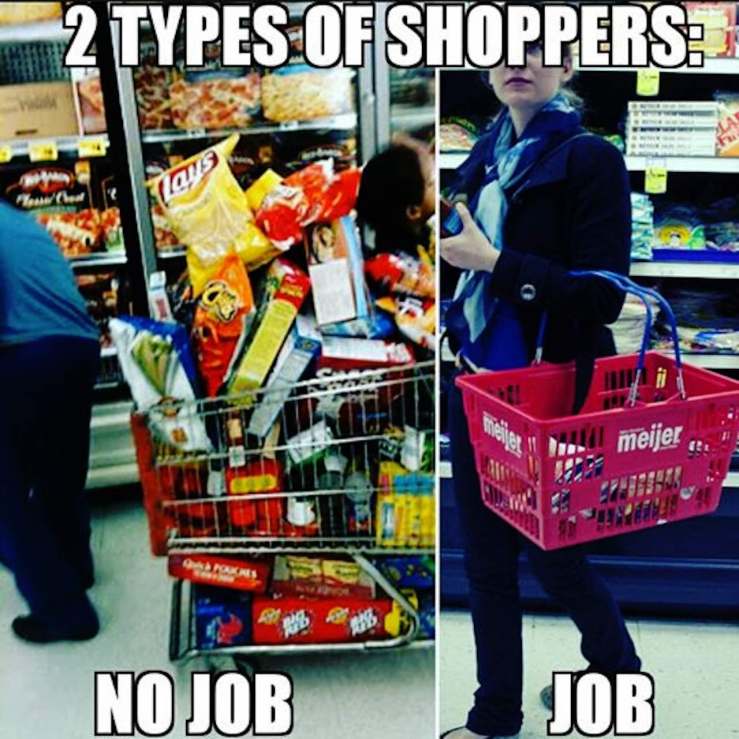 This is one that really has been getting on my nerves lately. Yes, I get it, there is rampant abuse of food stamps. The items in the cart on the left are ridiculously unhealthy. However, we cannot see the items in the basket on the right. Have they all been *approved* healthy by the meme creator? Many people who bully the poor with memes like this never take into account that there are real human beings behind these posts.

When I was young and we were struggling, I remember buying unhealthier items because we didn’t have a lot of money. I worked, he worked, but it wasn’t enough. Our income, even with both of us working was low enough for us to quality for food stamps. I couldn’t afford roasts, packages of chicken, pork chops, ground beef etc. So, I bought cheaper foods that were higher in fat and calories, but were affordable and lasted longer. We ate a lot of fish sticks, macaroni and cheese, plain spaghetti with dollar jars of sauce, NOT because we wanted to, but because we didn’t have enough. I was shamed OFTEN in the store, “Must be nice to get free food” or “Maybe I should get pregnant so I don’t have to work and I can get free food” as I stood in line, 7 months pregnant after working all day to stock up on a few staples.

When my husband died suddenly, I woke up the next morning with $62 dollars in my bank account. I had two young children at home, both with Autism, a vehicle payment, a mortgage and I was a stay at home mom. I had a small insurance policy coming, but that was going to take time. Social security death benefits were going to take time. Before my husband died, I had a decent phone (not an iPhone, just used this generic meme I found online as an example), a brand new vehicle we purchased (didn’t know he was going to be dead in a few months, sorry!) but I never applied for food stamps. I probably could have gotten a decent stipend to get me through those first few months, but people DO NOT CARE how you got the food stamps, just that you have them and you deserve to be shamed for that. Fortunately, I had friends and neighbors who made sure we never went hungry until I got us back on our feet.

We are no longer allowed to complain about the heat. I come from a family of military service. Many of my family members served in the military and I am immensely grateful for their service, as well as the service of all those who volunteer and were called to protect our country. It is a dangerous and terrifying job and I do not even begin to know what it is like.

However, just because someone somewhere doesn’t have shoes, or someone is homeless or without a job, does not give you the right to shame everyone based on a comment. If it’s 110 degrees outside and I feel sick, or my friend doesn’t have AC in their car and they have kids to drive around in a 115 degree heat index, it’s not OK to SHAME someone because they say something. Why do people continuously post things to shame others? 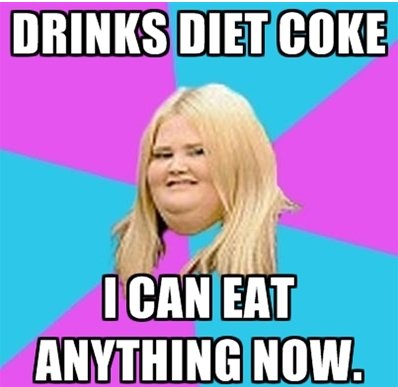 A few years ago, a family member of a friend became VERY ill with a difficult diagnosis. They had strange symptoms and many things were tried. One of the things that was tried were steroids to suppress the issues. They gained SO much weight from the medication. Their family was under great distress and this person gained about 60 pounds, give or take. This individual was already a bit on the upper side of their ideal weight, so the extra pounds were especially noticeable. They were basically tortured, called fat, obese monster, gross, disgusting etc. Should they have worn a shirt that said, “Overweight from X disease/medication?”

Yes, there are hundreds of thousands of overweight people who are that way because of poor lifestyle choices. Whether it be from overdoing it on soda, candy, chips etc, it’s an epidemic many realize. Heck, even skinny girls are now being told to “eat a sandwich” or a cheeseburger.

When is enough going to be enough? You can’t weigh more or less than an exact number, you can’t mention the heat, you can’t buy anything unhealthy if you are using food stamps, you can’t weigh more than you should no matter WHAT the reason. Yet, the SAME people posting shaming memes on a sometimes daily basis will then post this:

To me, befriending someone is based on wanting to accept someone for who they are. Not who they want to vote for, what they wear, what the scale says, what they do for a living, how they purchase their food, if their child has ever cried in a restaurant, if they are hot or cold (you get the point). To post judgmental statements on a continuous basis IS BULLYING. It’s discreet, based on a herd mentality of “making a bold statements” and knowing that you are surrounded by like-minded people who are going to click that like button and say, “You go!” or “That’s right, we’re tired of it!” I hope the validation you receive is worth it.

Every…single….time you post something like the nasty memes above, you are siding with the bullies. I have made a strong stance to not respond to this crap anymore, but sometimes I do lose my cool and state my opinion, which is always met with arguments wondering how I *dare* to think the way I do. Ever so slowly, I am whittling these people away from my life. I do not need to be surrounded by people who secretly judge others based on what they wear, buy, weigh, vote or some other judged criteria.

Our individuality is what makes us unique. I’m sorry I had a nice phone and vehicle when my husband died. No, actually, I’m not. That phone helped me make many important calls to assist in burying my husband, securing survivor benefits for my children, arranging their medical care, etc etc. That vehicle helped us get to the wake and the funeral, get to doctor’s appointments and eventually take us on a trip to the ocean to try to live again. So, if you suddenly don’t see me around anymore, it’s because I grew tired of your judging and am seeking out open-minded, caring people whom I need in my life.