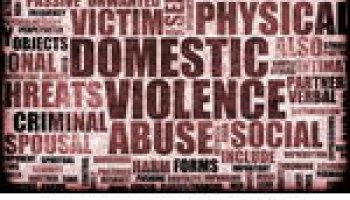 There is no single type of abuse. Since I’m only speaking about my personal experiences, this post will be related to my individual perception of my experience while enduring and suffering through 15 years of domestic violence. I recognize there are many different types and scopes of abuse and do not dismiss them in any way. This is my journey.

I’ve been told over the years, “Well, at least he didn’t hit you”. No, he never punched me in the face, but he choked me, spit on me, slammed me into the paneled kitchen wall, slammed beer cans into my head (full and empty), threw objects at me (full size standing fans, phones, beer cans, beer bottles).

SO many times I’ve also heard, “Well, I most certainly would not have stayed in that situation. I have more *insert holier-than-thou phrase here* than that”. Usually the phrase would be “concern for my children” or “self-esteem” and it’s always added that I should have gone to a shelter. OK, let’s define a shelter. You leave your home with all of your children’s medicines (autistic children), no car, no money, none of your belongings while HE gets to stay there in comfort. I lived near Baltimore, which, in my opinion is a very dangerous city. Shelters there are full of MANY hard drug addicts, convicts, thieves etc and I can just imagine bringing the meds with me, including my syringes (I’m diabetic).

Where was his family and mine during all this? They KNEW, oh they knew about it all. I called on numerous occasions, begging for help. One time I received this exact response, “No one is going to help you with your problems.” I remember saying, “He’s your SON for god’s sake, these are your grandchildren witnessing this. Help us.” Help never came. Sure, I would be invited up to my parent’s house on the weekends so I could escape for a few hours. I was dragged to the other side’s house where I was subjected to passive abuse (another whole post) during my visit and much complacency regarding how he treated me. 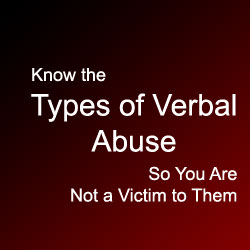 Verbal abuse comes in MANY forms. Sometimes, it can be just name calling. It’s meant to tear you down, make you feel bad about yourself. It could be anything from being called fat, ugly or worthless, stupid, useless (you get my drift and I was called ALL of those things). There is also verbal abuse designed to control you. If you said something that displeased your abuser, you were told to “shut the f*ck up” or “shut your ugly, fat mouth” or “keep it up and I’ll *insert threat of the day*”. Sometimes, being ignored was another way to abuse. You *ask* for money or help with some sort of household need and you are ignored or money is thrown at you in silence.

There were ways that I became creative and anticipatory in order to try to avoid most of the physical abuse and sometimes the verbal as well. However, when you are with an abuser who is also an extreme alcoholic (more than 10+ alcoholic drinks per day, starting before breakfast and continuing until passing out at night), there can be much unpredictability. One day, a question might be met with a polite and kind response, the next day, you may be attacked for the same type of question. Abuse is unpredictable and predictable all at the same time. How I learned to avoid some of it was to become invisible. The less you are seen and heard, the less opportunity you have to become a victim. You develop coping mechanisms and strategies to avoid as much trouble as you can.

His parents knew what was going on, so well that my son was told to “run to his room and call them” if he was frightened when it was going on. My parents never offered any real help because they didn’t want to become the brunt of any retaliation. They didn’t want to bring that level of “shame” to their home. They didn’t want their family or neighbors to see anything bad or unpleasant. There were many times when we didn’t even make it to family events/visits because he would be so drunk and violent that we either never left the house or turned around and went back for fear of getting in a wreck. I always had to drive because he drank constantly AND in the car. I used to argue about it and after a beer can was slammed into my head, I stopped complaining and just prayed I’d never get pulled over. 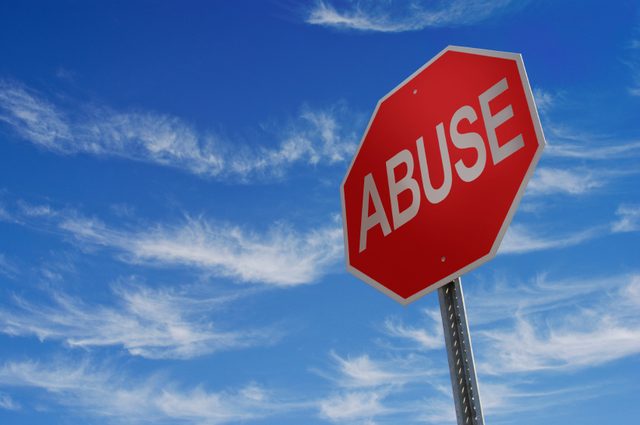 For me, the abuse finally stopped the day he was killed. He died in a violent, explosive car accident, slamming into a telephone pole at an estimated 100 mph. It’s been over five years now and I’ve come to terms with a lot of what happened (although I’m still in therapy). My parents are gone now and the “other side” has atoned for a lot of what they enabled/allowed over the years. I’ve risen above most of it for the sake of my children, but I will never EVER…forget.

I don’t wake up anymore unable to breathe in the middle of a panic attack, wondering if this was “it” and I was going to have a heart attack from all the stress. However, when the memories come back, and they do sometimes, they are vivid and fierce. I can hear the can opening, feel the coldness of the beer pouring down my back after I’d just gotten out of the shower and in clean clothes. I can smell and feel the spit running down the side of my face, his red face and bloodshot eyes calling me a hideous bitch. I can hear my son crying in the background, “Daddy, please leave my Mom alone, you’re hurting her!”

So, for people who say that I wasn’t “really” abused or I “could have had it much worse”, please, just stop talking. You don’t get to tell me what abuse is.