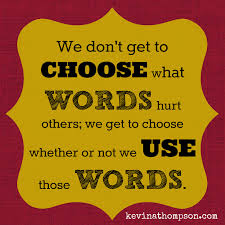 My son made honors this quarter AND the two quarters before that. Cause to celebrate! My son has Autism and he goes to a school for children with developmental and other disabilities. It’s been a long ride, but he’s really had a great senior year. Everyone is so proud of him. So, I thought we’d go out to the local diner to celebrate. For us, it’s an expensive treat, but well worth it. We like the diner because my son has a limited palate and doesn’t eat a wide variety of foods. Since most diners offer every single food on planet Earth, he can usually find something he likes. So, off we went.

Not long after we sit down, there is this…woman behind us. You know the type, the one talking about every…single…reality show on TV and mocks or criticizes every…single…other…female she knows. Immediately, she’s looking through what sounds to be a huge cache of photos from an event. I’m not one to eavesdrop, but she was practically yelling. As she’s going through flipping by photos on the phone, she’s saying, “Derp, derp, retarded, derp, derp (and I am not exaggerating when I say this repeated about fifty times). Peppered in there was the “F” word, enough for me to turn around and give her the maternal stink eye (which does nothing but somehow satiates me). I realize there isn’t much I can do about “people” like this (being nice), and I will probably never cease to hear the word, but that doesn’t make it less revolting to hear. There are a lot of words that we as a society have deemed unacceptable. Some say that gives the word too much power, but I’ve yet to hear someone mention to the local pastor, “That f’in sermon rocked dude!”, so I think we all agree that certain words are socially inappropriate. There are racial terms that are disgusting, yet are used selectively. Some older outdated terms are now obsolete and will hopefully remain that way. However, for some reason, the word retarded remains. Some states have even come up with encouraging legislation to change the former diagnostic term to intellectually challenged or other like terms. It’s not done to give the word power, it’s done to be respectful. Would you walk into an executive meeting with prospective clients and make small talk about a popular movie and say, “The movie was great, but [insert actor’s name]’s performance was so retarded!” Why wouldn’t you? Because it’s not right. You wouldn’t say, “[Insert actor’s name] was so gay in that role!” either, so we readily admit as a society that it’s not OK to use the word, but it’s used casually on a regular basis. I truly don’t understand why people can’t be more descriptive and accurate when talking about a movie or event or occurrence. We have tons of words to choose from, yet this word remains SO pervasive in our culture.

I’m sure that due to my work with state legislation to ban the word and the fact that children bullied my son so badly with the word they taped it to his back before I had him removed from the public school system because he wanted to die, my opinion about the word might be a tad bit more sensitive than the average person, but I think that as I see how the word has evolved into an everyday adjective, I wonder if that person sitting behind me at the diner knew how awful she sounded and that I wasn’t the only person staring. It was…embarrassing to be sitting next to someone like that and she seemed oblivious to it all. I wish I would have taken the time to gently introduce myself and say something, but sadly, I truly didn’t believe it would do any good. I know we all would like to exist in a world where people treat each other with kindness and respect, but we have a long way to go. If I can help one person understand how hurtful words can be, then I’ve done my part.